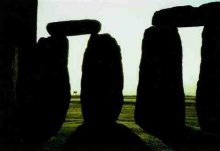 The Dragon Project was founded in 1977 (a Trust from 1988), to explore rumours about the power and properties of ancient, especially prehistoric, “sacred” places and monuments. The objective of the Trust is to publish and otherwise promulgate its findings in keeping with it being an educational charity. It is an independent entity that relies on goodwill, volunteerism, and, where forthcoming, public donations and other funding from grant-making bodies in order to conduct its investigations. Its areas of interest include :

Some of these areas are considered “fringe”, others, such as archaeoacoustics, not so. The DPT itself operates strictly in a neutral capacity to see what basis if any lies behind various claims, and where there seems to be such a basis, to explore further as its limited resources allow. It is not an exponent of New Age (or any other) belief systems.